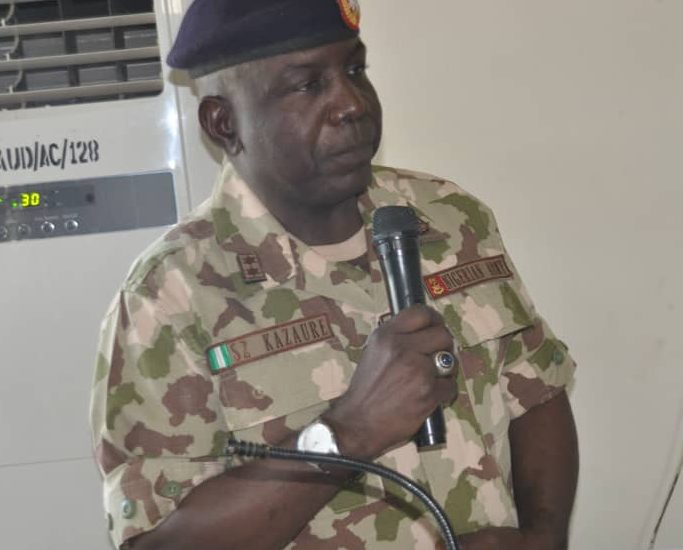 The Chief Host who is the University DVC Military Maj Gen SZ Kazaure in his opening remarks welcomed everyone to the ceremony adding that the promotion of the officers and soldiers was based on their professionalism, excellence, and hardwork. Maj Gen Kazaure disclosed that the promotion was guided by principles of seniority, merit, and discipline. “Decorated officers and soldiers are capable of executing responsibilities that accrues to their new ranks”, he added that to justify the confidence reposed on them by the Chief of Army Staff. The DVC Military also appreciate the Chief of Army Staff for his untiring support to this institution.

In advise to the newly promoted officers and soldiers by Brig Gen AW Butu stressed the importance and the implication of the new ranks going forward saying that “the reward for good work is more work.” He called on the newly promoted soldiers to take care of their families.

The decoration ceremony was graced by the representative of the Emir of Biu, Commanding Officer 231 Tank Battalion and 331 Artillery Regiment Biu along side with other security agencies.

In his remark, the Emir of Biu HRH Alhaji Mustapha Umar Mustapha II CON, ably represented by the Betara of Biu Col Bashir Betara (Rtd) appreciated the VC for the invitation and congratulated the newly promoted officers and soldiers. He went on to call on the newly promoted officers and soldiers to be loyal to the Nation at all times. He went further and made a presentation to the newly decorated senior officers.

The Special Guest of Honour University Vice Chancellor Professor Kyari Mohammed. In his closing remarks, congratulated the newly promoted officers and soldiers. “These officers and soldiers being decorated today are part of the success story of the university. He also appreciated the Emir for his unflinching support to Nigerian Army University Biu. 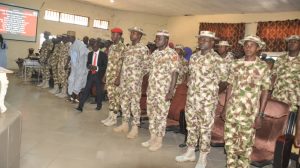 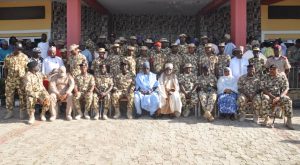 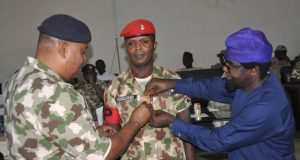