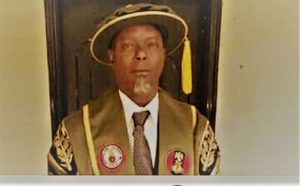 A.  BIOGRAPHY OF THE DEAN

The Dean, Professor Bala Ma’aji Abdulhamid, was born on the 14th day of June, 1967 in Azare, Katagum Local Government Area of Bauchi State Nigeria. He attended Day Primary School Azare, Bauchi State from 1973 to 1979. He attended Government Secondary School Ningi, Bauchi State between 1979 to 1984. He proceed to Bauchi College of Art and Science between 1984 to 1985 and join the prestigious University of Maiduguri same year and Graduated in year 1990 with B.Sc. Mathematics.

The Faculty of Computing comprises of five Department.

The Faculty started Academic activities at college of Education Waka Biu in 2018/2019 Academic session with 100 level Undergraduate Students for the whole academic session. before moving to the newly commissioned Faculty of Natural and Applied Sciences at the University Permanent site in January 2020. Consequently, both 100 and 200 Level lectures are conducted at the permanent site.

The Faculty of Computing currently has Seventeen (17) Academic Staff, Eight (8) Non-Teaching Staff, One (1) Technologist, the Faculty have a total number of Four Hundred and Thirteen (413) Students of both 100 and 200 Level from various Departments of the Faculty.